Manual Testing VS Automated Testing – Which To Use When?

There are several significant distinctions between automated and manual testing. Manual testing involves a human doing tests step by step without the use of test scripts. Test automation frameworks, as well as other tools and technologies, are used to automate the execution of tests in automated testing. The most significant distinction between human and automated testing is who does the test. The human tester does manual testing. It is done by the tool in automated testing. Both have advantages and disadvantages. Manual testing is time-consuming and inconvenient. Its forte, however, is that it is reliable at supervising complex challenges. Automated testing involves code and test upkeep. On the positive side, it’s a lot faster and covers a lot more possibilities. Thus, keep on reading this blog to find out which testing type is beneficial for your business.

Come And E-Meet Us To See How Automated Testing Can Help You Catch Bugs Faster!

Manual Testing In A Casing

Manual testing is the process of QA analysts doing tests one by one, one at a time. Manual testing is used to identify defects and feature issues before a software product is released to the public. The tester evaluates the essential aspects of a software program when manually testing it. Without the use of specialist automation tools, analysts run test cases and provide summary error reports. Manual testing is a highly hands-on kind of testing. It necessitates a high level of involvement from analysts and QA engineers in everything from test case preparation to real test execution.

Connect With Our Expert Developers To Build Your Next-Gen Product Today!

While automated testing has come a long way in terms of its capacity to handle complex testing, manual testing is often the only option. False negatives are less likely with manual testing. (More false negatives might cause DevOps teams to spend more time determining whether a reported problem is genuine or false.) Although manual testing is not always as precise as automated testing, it gives testers greater freedom in their operations. Because automated testing is so effective for repeatable scenarios, it’s common to utilize the same code and scripts over and over again. According to Base36, if testers have an idea they want to work on right now, automating it entails building test cases, programming them with the automation tool, and then executing the test, which takes a long time. It would be easier – and faster – to accomplish through manual processes in this situation.

Something To Ponder For Automation? Read Thes 5 Points

Call Us To Book Your Appointment With Our Testing Experts

Tip For Beginners – Before You Take A Wrong Turn

User Base Quote Between Manual Testing VS Automated Testing?

Creation Of Test Scripts Is Faster In Automation Or In Manual?

Test scripts are created in programming languages such as Java, JavaScript, Python, and C#. Because writing test scripts may be difficult, automated testing relies on specialized tools to assist testers in creating code and test scripts. Test scripts can also be reused. This improves efficiency in the long run. Tools for test automation have gone a long way. Thanks to genuine user simulation technology, they can now automate even the most complex testing. This includes the following:

Increased test coverage is another advantage of automated testing versus manual testing. Because of its capacity to enhance test coverage, automation testing can produce superior findings. Only a limited number of device and OS combinations can be covered by manual testing. However, automated testing may cover a lot more ground. As a result, error detection is improved. Confused Between Manual And Automated Test Types? Call Us Today To See Which Fits Your Business Needs.

This is one very important aspect of automated tests. Apart from instigating help – it also lets us distribute bug-free software creations. Furthermore, they also pose us comprehensive reportage characteristics. Automatic tests style wide-ranging chronicles. By reviewing them, the QA squad grips what doesn’t function flawlessly, and whatever fluctuations could be crucial. Our software lineup utilities QA Trail as an automatic test case administration device. This structure stipulates what kinds of tests are accomplished, what phase they have established, at what stretch every test case is sprinting, and how time-consuming each of them are on an individual level. Delegated graphs and illustrations support us to ballpark test results thoroughly. Additionally, you similarly acquire the following attributes as well as:

Every individual business notches on ROI. This is extremely crucial if you aspire to stay in the market. Along with this, you likewise have to comprehend that every device, gadget, tool, or podium your firm benefits has to carry out some form of ROI to uphold its practice. So certainly, QA modernization poses an ROI. In addition, just how big or trivial you require it to go is your preference. ROI entirely hangs on how the test mechanization is pertained and accomplished. Through a team of testers, tests compete all through their octad-hour stint only, and as soon as they are off from their shift – the procedure stops. The manual testing process is completely liable to human means. This method can grab a lot of time over days or weeks or even months. Till the whole work is done entirely. In addition, the process is just not so cost-operational. It will not only hold up your release and development system. Furthermore, also source less stretch to classify bugs and see-through important aspects of your business.

Is QA Modernization Your Cover?

As soon as you program the testing process, the sum of employees occupied is going to remain the same. It’s the number of tests that you report  – you can add this up to 5-times more tests transpiring on the run per 60 records. Applying testing automation supports us to assert mistakes faster, cover grander shares of the product, and learn more bugs into the future of the beta form testing and contrive phases. In addition, it also amounts less to fixing bugs as they’re discovered in the first part of the development cycle. Defects in code are also revealed after the release are very steep. At this time, budgets amplify up to 5 times further than if they’re dappled right across the unit testing phase.

What Settles ROI Stance In Automating The Testing Process?

This procedure rotates around price and clock. Typically, test automation transports value in two aspects. One is intended at supplying business esteem and improving software quality on top. In this manner, you get to evade functioning problems and cut the additional costs for settling bugs and in succession cases. In rapports of presenting tech appeal you find:

With conviction, autotests achieve more tempo and abilities to inscribe code. Consequently, you’ll require a more accomplished and exceedingly well-paid expert for generating them. As a result, it’s vital to scrutinize automation in the form of ROI to figure out at what time to run automation testing or achieve manual forms. Experienced companies that approach software development services boon automation testing by assessing test automation investment and choosing the finest cost-operative testing method. Furthermore, automation is assembled on the industry’s competence and ready-made background assortments. This method supports saving their clients’ income and time equivalently.

The moment automation is in progression your efforts yearn at the middle of the gears you apply or have a technique in place. These are usually the following:

Connect With Testing Experts At QATrail To Manage QA Automation

The testing specialists at QATrail have both manual and automated testing knowledge. We can accommodate short and long test cases, test environments, services, and measures that are cost-operative and time relieving. Our wide-ranging analyses not only offer you better-quality selections but also increase serviceableness. Our QA automation consultants facilitate you in cutting down the manual testing budgets and hardships. Moreover, we in addition complete and look after regular tasks and deliver wide-ranging re-counts to survey operations as well as gauge the software cycle or application development aspects. Discretely from this, we also detect and fix bugs before the market release of the product to ensure absolute quality. Let’s connect today and fix all your software development issues with our free-of-cost consultation. Our industry veteran experts come with a diverse global team to set up all your business-explicit requirements. 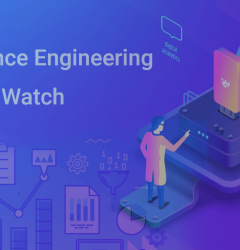 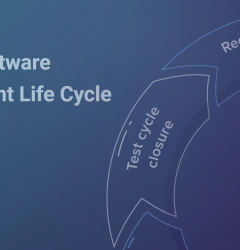