Your Guide To Game Testing Lifecycle, Processes And Stages 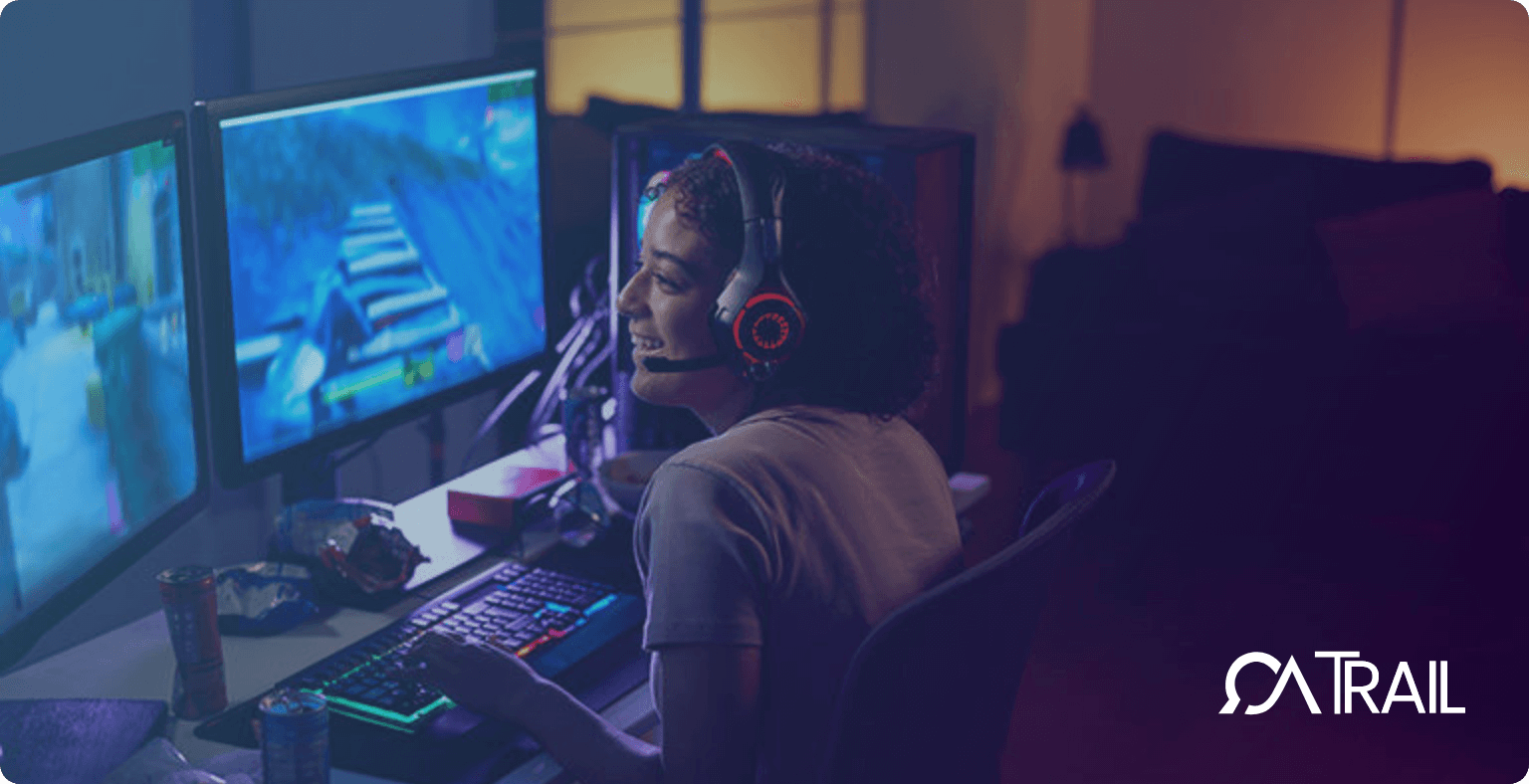 With the surge in mobile devices, and what with the raging pandemic – people are staying home and have minimal activities. So the time spent on mobile devices has increased without doubt and mobile games have gained a lot of popularity among various age groups. This has allowed gaming companies to earn more fanbase and ROI as well as a global following. Thus, today we will talk about game testing and why it is important to test your game before you release it to the public if ROI is your main focus. It predicted that by 2023 the video game market is going to be a huge giant of billion dollars worth with revenue around 150 billion or so. Thus, it’s better to engage your marketing heads and read the game testing details described below.

The popularity of video games has no bounds. The technical advancements have allowed organizations to come up with the latest editions every so often now. Thousands of new games are launched on a yearly basis now. However, to gain ROI from the games you build – you do have to be very careful and selective with what you do. The game development process has to be very selective and dedicated. And if you don’t want to fail – then enhance your game. You have to pay attention to not only the development phase but also the testing process. Finding bugs in the early stage will allow your game to be more competent in stiff competition.

What Is Game Testing And How To Do It?

Game testing is the procedure fixated on testing the game and discovering bugs in it. It is like the usual software testing except with several deviations for example the usage of automation is complex in software program testing as equated to game testing. You have to do a manual process at large. Game testers are people that don’t have an expert degree whereas software testers do have a professional degree along with in-depth domain knowledge as well. however, let it be software testing or game testing – the tester needs to be vigilant of analytics, logical skills, and dedication.

This is something very important that you need to understand. The process involved in game testing completely relies on the game development life cycle. Thus, below we have shared them in brief.

In this initial stage, as the term proposes, the thought or idea of the game is industrialized. An idea is shared on the document. It is organized in this stage with complete particulars and concepts. This turns effective for the programmers, illustrators, designers, and additional team associates. All of them are in sync with the inkling behind the game development process.

In this segment, as soon as the notion is settled and the notion manuscript is organized, three additional papers are formed. These papers are stated in detail below:

At this juncture, founded on the model built in the preceding phase, systems analysts begin the phase of coding the plot. Designers begin focusing on the model, qualities, and computer graphics.

In this segment, a practical invention with all the characteristics and comprehensive gameplay is industrialized but it also customs momentary resources and procurators. This is the primary breakthrough in the improvement process.

In this mark, the game is completely industrialized with all properties.

In this stage, every bug discovered in the beta stage is resolved, and the game is complete to be unconfined.

Here, at this phase, the game is unconfined to the producer.

As soon as the game is unconfined, the subsequent stage is maintenance. Now, whenever essential, the team will issue a fix to resolve the bugs. Likewise, promotions are unconfined if numerous new categories are amplified to the game.

What Is A Game Testing Life Cycle

The testing segment in the game development projects starts as soon as the project is underworking. In this stage, the package test plan file is shaped. This file type consists of test reporting, various approaches to be cast-off for analysis, and test tasks. A few of the major units of this text are stated below, these are:

A test case is a specific test planned to score a positive aspect or a sub-element. It has a listing of stages that should be trailed to finish the implementation of the test case. Whereas, a test suite is a pattern of connected test cases of a specific feature or a sub-element.

Test initiation pursuits have two portions – tester groundwork and kick-off consultation. During the primary section i.e. tester groundwork, the teaser ought to survey endeavors as given beneath:

Furthermore, it’s important to note that this procedure supports the tester in refining his test implementation, test perception, and test property. Kickoff procedures assembled from numerous kickoff conferences can similarly be exercised in the subsequent consultations and implementations.

The milestone as conversed in the development life cycle of the alpha advancement phase is a running game lacking some momentary resources. At this time, units industrialized by various systems analysts are unified and then examined in an unabridged structure. The focal goal of this stage is end-to-end testing of the game. So, all features are covered within one go. Similarly, the all-inclusive playthrough of the stake is checked. This is to pigeonhole serious bugs, to start performance preliminary points (cases are load areas, border rate). The concluding milestone of the alpha testing section is to progress a steady game that has all the features.

The beta edition of the development stage has a comprehensive creation next to all the resources in position and the ultimate user interface. It also consists of the game purpose, AI, illustrations, and sound. The major goals of this stage are analyzing multiplayer gameplay, payload bugs, reverberation, graphic bugs, interacting bugs, the performance starting point (e.g. edge rate). Beta assessing has two categories as deliberated underneath. These are:

Internal Or Closed Beta – In this phase of beta, the game is not accessible to the exterior community. Generally, an in-house testing squad and developers run-throughs the game and attempt to enhance it further. As soon as they are okay with the outcome, creators release the version for the open beta testing.

External, Public, Or Open Beta – In this testing scenario, the game is unconfined to the outward conventional of testing teams. They offer feedback after testing the game. The inkling at this time is to organize load trying with numerous users retrieving the game at the even time and detecting the bugs.

As soon as beta testing is over, the game is ‘code freeze’ otherwise ‘code lock’. During the gold development stage, the release procedures are stated underneath:

At this point, the lineup ought to perform numerous test suites one final time rather than propelling it to the stand builder. The maker records its tests and tries to find more bugs. As soon as these bugs are unscrambled, the game acquires the ‘Gold’ position.

The second the game is unconfined on the marketplace, be ready to see more bugs being found. Once developers resolve these new-found bugs, the testing side has to retest the game. Here you‘ll see that the bug overhauls are unconfined as patches. Furthermore, if somewhat additional features are adjoined to the game, they once more need testing, in addition, these new structures are unconfined as advancements. We have already stated above that the best approach is to test every build stage again and again to avoid bugs. A characteristic game testing life cycle partakes the subsequent six phases. These phases ought to be ensured at every single testing rebuild. Let’s further read them in detail in the below session.

Step 1 – Design and Create the Test

The software testing plan is designed in the pre-production phase, and this document needs to be rechecked and modified in every build. If there are any changes in the design document and new test cases are developed, they need to be incorporated into the plan. Also, details of old fixed bugs need to be documented along with thorough testing of these bugs.

Step 2 – Prepare, Plan, And Design For The Test

At this time, the testing squad ought to put effort into their test cases and test environments. The advancement squad has to deliver the test codification.

In this step, the testing team needs to execute the test efforts and detect the bugs.

The instant bugs are uncovered, they must be attested in an organized method.

After identifying the bugs, the errors need to be communicated by the testing team. They have to further clarify and intersect the bugs with the development squad. As the job to resolve these bugs lies with the dev teams.

This is to be done with the fixing of bugs by the development team. They will release a new build. Step 1 stated above is what the testing team is to follow. They can revisit the requirement and planning document to ensure quality. The whole cycle needs to be repeated till no more bugs are found. You have to be satisfied with the quality of the game, and the user interface should be sleek before its rereleased. The important task here is to keep a track of all the bugs, and the resolved issues, along with a tab on the pending bug list. Want to build your game? Call us today to discuss this with our game development experts.

Closing Points – What Did We Learn?

The best thing about game testing is that you don’t have to worry much when you have a professional and expert team at hand. The gaming experts at QATRail have in-depth knowledge, expertise, analytical mindset, logical skill set, and a vision for scaling the game dev further. You can come along and discuss your game idea with our veteran industry experts and we will love to refine your idea for a better ROI backdrop. Our expert developers, qualified UI/UX designers, business analysts, dedicated project managers, and outstanding testing teams are ever-ready to expand the technology horizon and deliver outstanding results. Let’s sit together and work on your game idea. Send us your queries via phone or email – we will come back to you within the instant with the best engagement model. Let’s get the ball rolling today! Our testers will focus on your game development lifecycle and also fix bugs along the road. 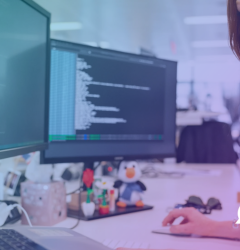 How to Reduce the Software Testing Cost? 5 Proven 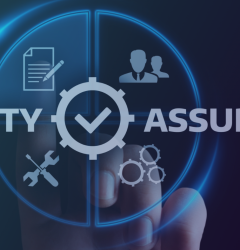